Showing posts from December, 2015
Show all

Heads up! Gary V on Novuhair: putting energy into prevention 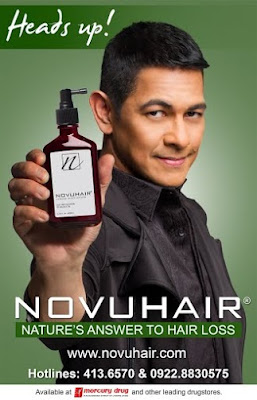 Let me share a secret! One of Val's greatest fears is to go "bald" or "panot." Though initially, I found this a bit odd. I realized that when we grow older, hair loss is a major concern whether some admit it or not. Even my bald friends say they opted to get their head shaved because they are already showing signs of thinning.  However, whether we decide to go bald or not, it is such a relief that there is a product that can help. ​ Mr. Pure Energy, Gary Valenciano, the image of youthful vibrance says that part of what makes him stay young looking is his head of hair. What many people don’t know is that, like all other men his age, Gary once worried about hair thinning and hair loss. That’s why, at the first signs of the problem, Gary sought to find ways to prevent it from becoming worse.     ​“I first noticed the hair loss in the shower, after I toweled my hair dry. Then one day, my team of hairstylists noticed that my hair was thinning, too. That’
1 comment
Read more 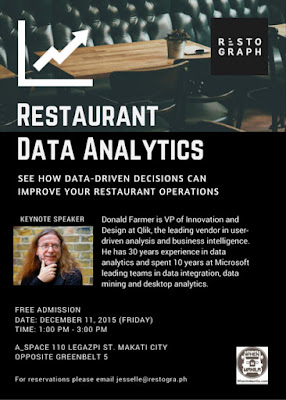 Restograph, a Software-as-a-Service (SaaS) platform that specializes in restaurant data analytics, will be hosting their first Restaurant Data Analytics Workshop on December 11, 2015 from 1:00 PM - 3:00 PM at A Space Manila - 110 Legaspi Street, Makati City. In this workshop, Keynote Speaker Donald Farmer with 30 years experience in data analytics and 10 years in Microsoft, leading teams in data mining, and business intelligence  will walk through and talk about the importance of Data Analytics in businesses.  They will talk about how they can help restaurant owners and managers unlock and discover the secrets of POS sales data to improve your operations.  Forecasting daily sales and inventory including checking how outside factors like rain and traffic affect sales has never been easier.  For those who want to attend the event, check this Eventbrite link https://restographdataanalyticsevent.eventbrite.com for more details.
Post a Comment
Read more 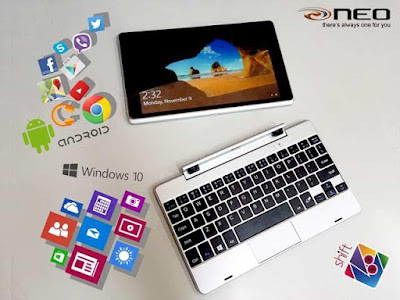 I never knew NEO is a local brand and I am just happy to find out that we now have a local laptop provider here in the country. They are headquartered at Ortigas Center, Pasig City. NEO customizes and delivers products to satisfy a myriad of customer requirements, from home  entertainment to business computing, making them one of the leading providers of notebook solutions in  the Philippines. The good news is Neo recently launched its laptop and tablet hybrid with dual platform technology for an ease in performance and productivity. With Shift N81, one can play games and work on their files as they can enjoy Android 4.4 Kitkat and Windows 10 interface in one device.  This gadget is perfect for those who are looking for a trendy yet professional looking gadget. With its 8.9” IPS Touch screen display and 16.2mm thinness, its sleek and trendy design can get you going, anywhere plus it comes with a detachable keyboard which is really convenient. NEO Shift N81 is powered
Post a Comment
Read more
More posts